What Is Alzheimer’s Disease?

Alzheimer’s disease is an irreversible, progressive brain disorder that slowly destroys memory and thinking skills and, eventually, the ability to carry out the simplest tasks. In most people with the disease—those with the late-onset type—symptoms first appear in their mid-60s. Early-onset Alzheimer’s occurs between a person’s 30s and mid-60s and is very rare. Alzheimer’s disease is the most common cause of dementia among older adults.

How Many Americans Have Alzheimer’s Disease?

Estimates vary, but experts suggest that as many as 5.5 million Americans age 65 and older may have Alzheimer’s. Many more under age 65 also have the disease.

How Long Can a Person Live with Alzheimer’s Disease?

Alzheimer’s disease is currently ranked as the sixth leading cause of death in the United States, but recent estimates indicate that the disorder may rank third, just behind heart disease and cancer, as a cause of death for older people.

Although treatment can help manage symptoms in some people, currently there is no cure for this devastating disease.

How Is Alzheimer’s Disease Diagnosed?

Doctors use several methods and tools to help determine whether a person who is having memory problems has Alzheimer’s. In order to diagnose Alzheimer’s, doctors may:

How Is Alzheimer’s Disease Treated?

Alzheimer’s disease is complex, and it is unlikely that any one drug or other intervention will successfully treat it. Current approaches focus on helping people maintain mental function, manage behavioral symptoms, and slow down the symptoms of disease.

Several prescription drugs are currently approved by the U.S. Food and Drug Administration (FDA) to treat people who have been diagnosed with Alzheimer’s disease. Treating the symptoms of Alzheimer’s can provide people with comfort, dignity, and independence for a longer period of time and can encourage and assist their caregivers as well.

Most medicines work best for people in the early or middle stages of Alzheimer’s. For example, they can slow down some symptoms, such as memory loss, for a time. It is important to understand that none of these medications stops the disease itself. 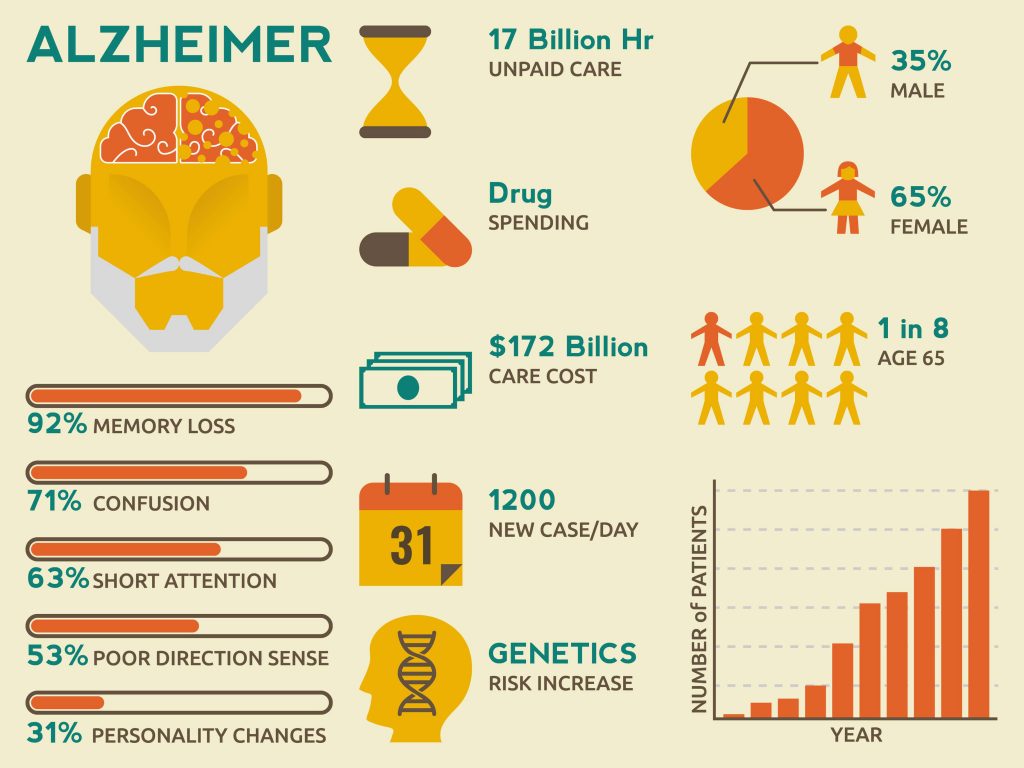 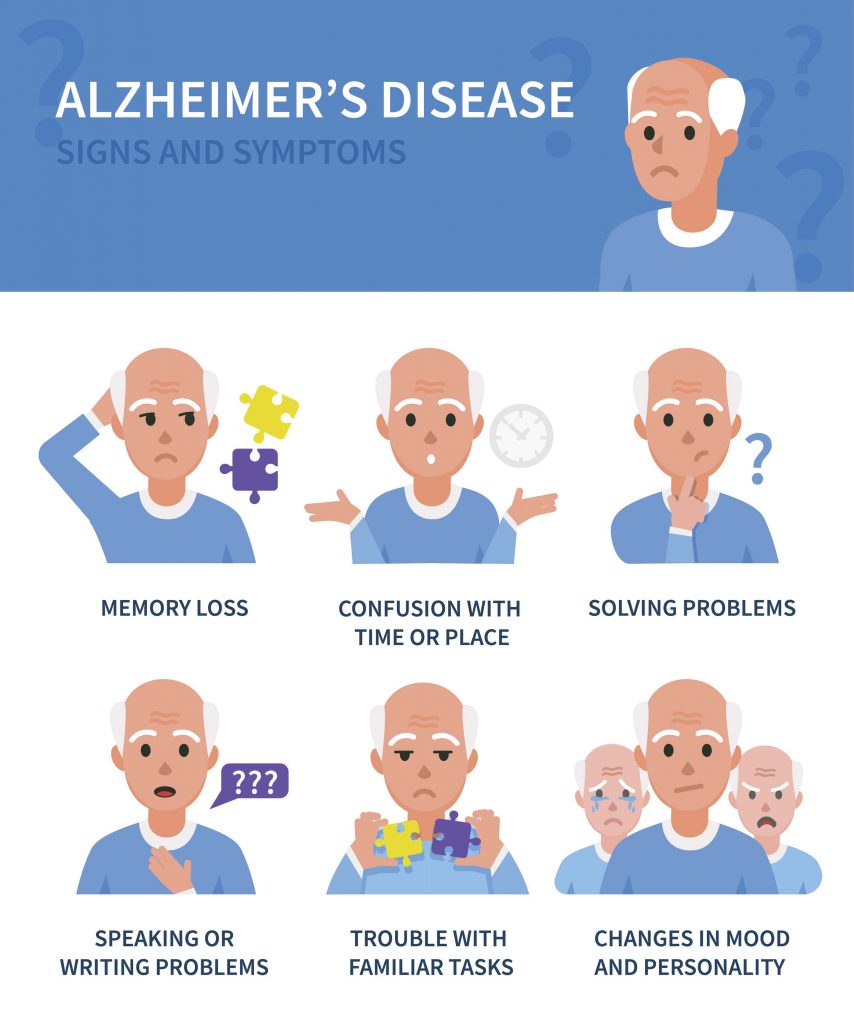